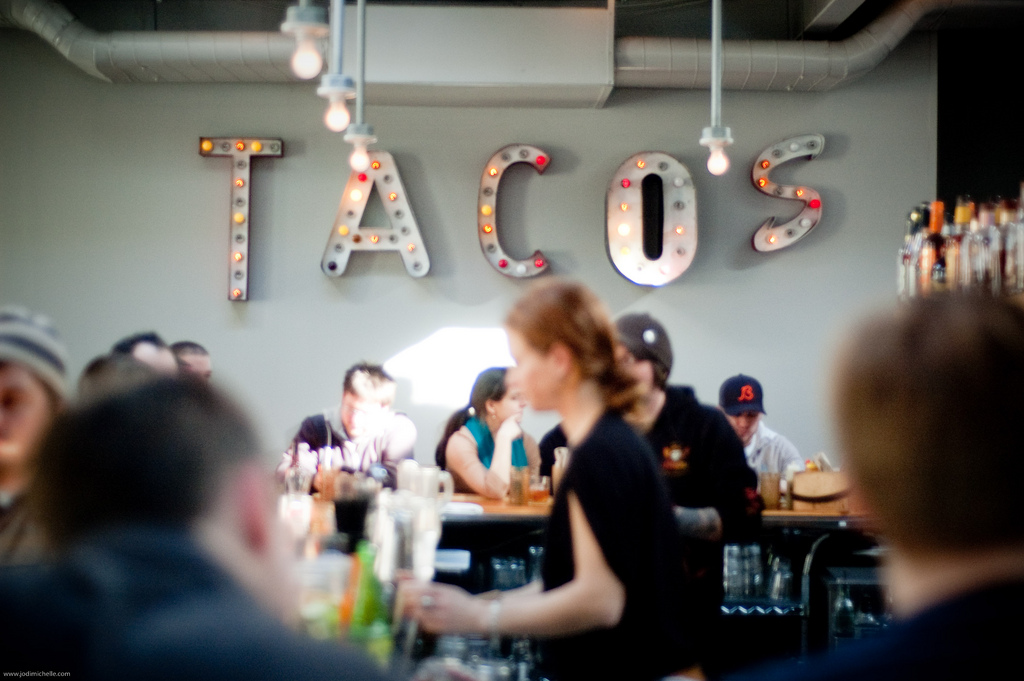 No prepaid tickets. No reservations whatsoever. The two chefs will whip up creative tacos that reference their respective restaurants and culinary styles, and also will feature a special Old Fashioned cocktail. Everything is a la carte, first-come, first-served.

…..
The specialty Old Fashioned will be made using single-barrel bourbons that Brock and Kahan selected on a trip to Heaven Hill distillery in Kentucky two years ago. The event also represents the release of that bourbon, which will bear the Elijah Craig name, but also the name of the chefs’ restaurants.

“There was one barrel our team loved, and one barrel Sean loved,” Kahan said. “They’ll be co-branded (with logos) as ‘Husk Big Star’ and ‘Big Star Husk.’ The Big Star Husk is one of the most delicious bourbons that I’ve ever tried.”

Read the Chicago Tribune article with all the details, click here!