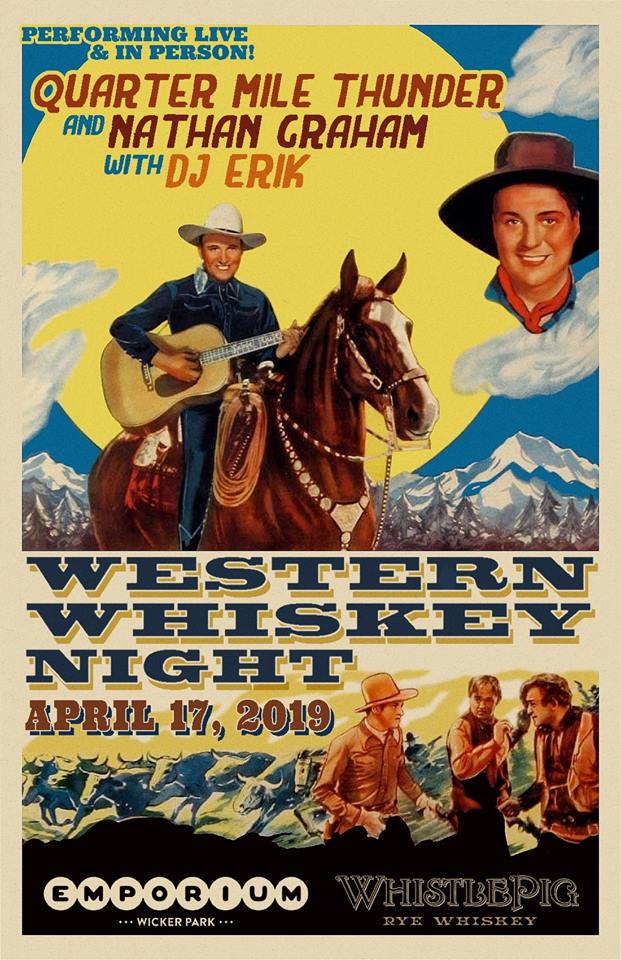 QUARTER MILE THUNDER
Storied Midwestern songsmith Ben Clarke’s latest LP as Quarter Mile Thunder, Bucking The Tiger, delves deeper into the softly electrified pastoral Americana he’s been pursuing for over half a decade, inspired by everything from delta blues and Talk Talk to Townes Van Zandt and Spiritualized. Across seven songs the album unfurls a pensive, layered, and personal vision of country-leaning roots music, a culmination of Clarke’s journey as a songwriter.

Clarke cites a severe work injury to his hand as having a formative effect on his current songwriting. Across the eight-month recovery process, which required two surgeries, he was confined to an arm brace that decisively hindered his guitar playing. But the limitations ultimately proved a revelation: “The slower pace allowed me to focus more keenly on my vocals, and I began adding longer spaces in my compositions – letting my words hang in the air. This gave me a greater sense of time and feel for my music.” The ordeal revitalized his creative spirit, sowing the seeds for the unhurried elegance and easy grace of Bucking The Tiger.

Big Star Recording Co. is a new venture via renowned Chicago chef Paul Kahan’s beloved Wicker Park taqueria, Big Star, which plays and champions vinyl from an extensive in-house collection. Their stated mission is to “publish current artists and re-release forgotten acts whose work inspires and moves us.” Bucking The Tiger is their inaugural release.

NATHAN GRAHAM MUSIC
https://www.nathangrahammusic.com
Nathan Graham is a musician born and raised in Chicago. His music bridges the gap between South Side Soul and Nashville Americana, creating an inclusive vision of singer-songwriter.