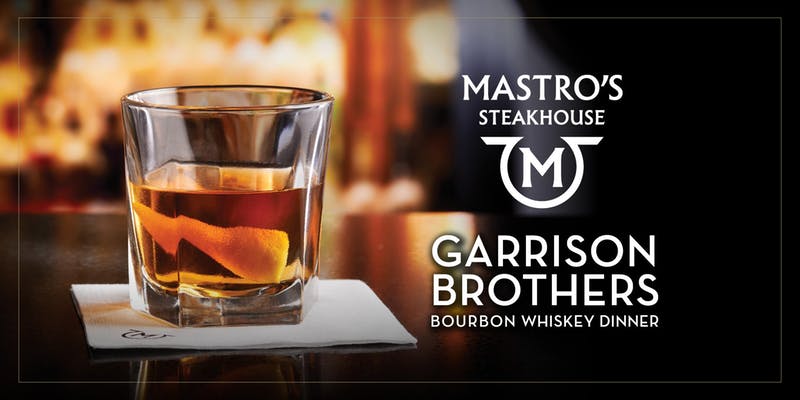 Join us for an exquisite four-course dinner paired with Garrison Brothers Bourbons. A portion of the proceeds from each ticket sold will be donated to Team Rubicon as part of the Garrison Brother’s Good Bourbon for a Good Cause campaign.

Meet the Maker! Special guest host and owner Charlie Garrison will be in attendance.

Matt Bedell is the executive chef at Mastros Steakhouse here in Chicago. Matt has worked at some of Chicago’s best restaurants, such as Gibson’s Steakhouse, and alongside great chefs like David Burke.

Matt was born and raised in Downers Grove, IL, and now resides in Oak Park, IL with his wife and 2 dogs. Matt started cooking at an early age helping both his mother and father in the kitchen whenever he had a chance. At the age of 15 he started his first job in the kitchen at Aurelio’s Pizza. Matt attended Robert Morris University and graduated in 2007 with an associate’s degree in applied sciences.

In his free time, Matt enjoys cooking at home for his family and attending the local farmers market. Matt also loves house music and hip hop.

Space is limited so reserve your table now. For more information please call 312-521-5100.