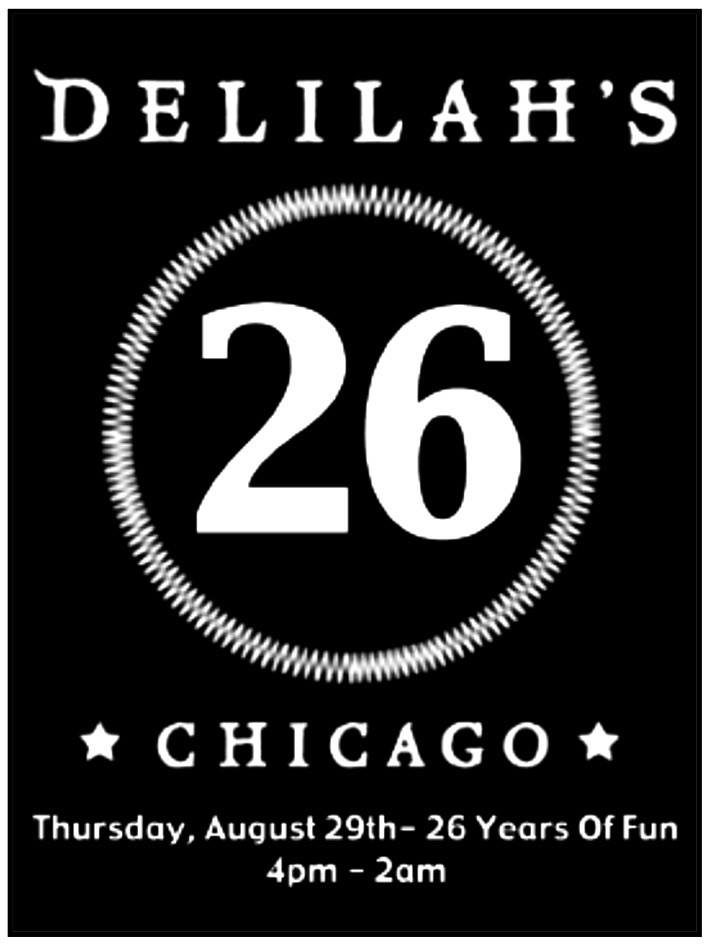 Mark your calendar & join us as we celebrate the 26th Anniversary of Delilah’s !!!

Delilah’s opened in 1993 in a space that has been a bar since 1894. We have been open every day since the start – that will be more than 9400 straight days, and Delilah’s has established itself as one of the most recognized taverns on the planet – this year winning Global Whiskey Bar Of The Year! Between the nightly DJ sets, world-class selection of Beer and Whiskey, film screenings, art exhibits, and great service, Delilah’s has come to be a regular gathering spot for like-minded people for more than two and a half decades. So for our 26th Anniversary we will be throwing another seriously fantastic bash !!!

We hope you can make it. Thanks, Mike Miller