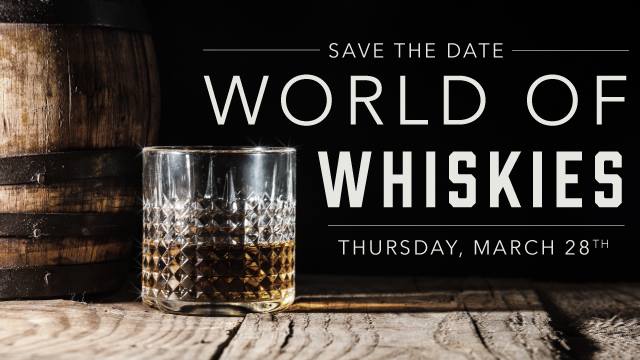 Don’t miss Chicago’s finest whiskey tasting, back again for another year. Here’s your chance to rub elbows with the who’s who of the whiskey world. Taste everything new from everyone important, from world-famous favorites like Glenmorangie to craft stars like Whiskey Acres, from hometown heroes like Chicago Distilling Company to world whiskey powerhouses like Buffalo Trace. This year’s event also sees the unleashing of the sixth (yes, SIXTH!) release of Four Kings. This year’s release features yet another twist: four barrel strength ryes married and finished in brandy barrels from Midwest craft distilleries Mississippi River Distilling Company, FEW Spirits, Corsair Artisan Distillery and Journeyman Distillery.