Thornton Distilling Company set out on their journey in 2014. But their story reaches all the way back to 1857. That’s when the building they occupy was known as the “Bielfeldt Brewing Co”. In a nod to those who came before, this group is hard at work reviving this once well known, even infamous, building. During prohibition a pair of gangsters, one of them Al Capone, took over this brewery to fuel Chicago with their illicit beer. This time around, the team has ambitions of distilling whiskey, rum, gin, and more.

I met the guys in Thornton, IL back in 2017. Since then they’ve gone through a transformation to refocus in a number of important ways. They parted ways with their former distiller, renamed the distillery to better align with their commitment to their hometown, and brought on Ari Klafter as their new Head Distiller. Despite his youthful appearance Ari brings an impressive resume and a new energy to Thornton. He holds a master’s degree in Brewing and Distilling from the International Centre for Brewing and Distilling in Edinburgh, Scotland, and previously served as Assistant Distiller at Privateer Rum. Ari currently serves on the Board of the Illinois Craft Distillers Association.

I got the lowdown from Ari as he walked me through the distillery. We started at the source of all of the water Ari uses throughout the distilling process. A well, in existence since the 1830s, sits 150 feet below the distillery and taps into a limestone aquifer fed from Lake Superior. Limestone filtration is the natural way to filter out iron and produces ideal water for distillation. Ari made a point to say this water is used in every part of his process, from mashing to proofing, even to cool the condensers on their stills.

I asked Ari what brought him to Thornton. Coming from New York, I wondered how he decided this would be the place to continue honing his craft. He tells me he was drawn in by the team, the facility, and the opportunity to get in on the ground level and shape his own future. Ari has particular interests including gin production, blending, and American Single Malt Whiskey. He’s particularly excited about the latter. I recognized the growth of American single malts in recent years and asked his opinion of the distilleries leading the way today. He thinks the likes of Westland, Balcones, and others are doing great work because they are using their own unique processes. They aren’t just trying to copy Scotish distillers but are instead using their local resources to produce locally unique single malt whiskey.

Ari’s settled in and made some important tweaks to the equipment and setup. They currently distill vodka, gin, and single malt with plans for a dark rum. The road is a long one and Ari seems committed to seeing it through. As far as commercial availability, their first product is a pecan whiskey to be followed by a gin, then a dark rum. These first releases come under their “Dead Drop” branding, a name they came up with as a play on the dead drop method used by spies and gangsters to discreetly share information. Their future flagship spirit, the single malt, will likely come out under the Thornton Distilling Co. label.

The Pecan Whiskey begins as a 5-year-old 100% corn whiskey from MGP. Then it undergoes a labor-intensive process of secondary barrel aging with toasted pecan wood, sourced from Illinois’ last remaining pecan farm, before being macerated with roasted pecans. The whiskey is bottled at 86 proof and available now at the distillery tasting room. You can also look for it in retail at the beginning of next year in Chicago and the surrounding area. I tasted the whiskey, poured from a non-descript bottle, at the distillery’s on-site bar, tasting room, and restaurant, “The Well”, though I did see the final label and it’s worth mentioning that it proudly proclaims “No artificial anything”. This whiskey is first and foremost a whiskey, with a nutty warmth on the palate and subtle notes of pecan through the finish.

When I asked Ari to tell me a bit about his process I was treated to some fresh perspectives. Ari greatly values the art of blending to produce a whiskey that’s more than the sum of its parts. He uses different barrel types, toast and char levels, and entry proofs to create what he refers to as a variety of “tools”. A wide and deep palate to draw from when he’s looking for that perfect whiskey to blend into his next batch. Speaking of interesting whiskey profiles; Ari is currently working on an Indiana peated malt whiskey. He described peat as one of the ways he’s found to show terroir in whiskey.

Ari is also a proponent of a lower 110 degree barrel entry proof. Bourbon, as you may know, can come off the still at up to 160 proof but must be 125 proof or lower when it enters the barrel. In the interest of optimizing cost when filling hundreds of barrels per day most large distilleries fill their barrels as close to 125 proof as possible. This allows them to get more whiskey into fewer barrels. For example, some distilleries will empty a barrel of aged 125 proof whiskey then add water to reduce the proof to 100 for bottling. Other distilleries, like Thornton Distilling, using a barrel entry proof of 110 will use less water after aging their whiskey to get it down to 100 proof. Both processes end up with a 100 proof bottle of whiskey; so what’s the difference? Less water added to the fully aged whiskey means more of the aged whiskey makes it into each bottle. Ari describes this process as retaining more of the rich character from the whiskey but also being a bit more expensive than the way the other guys do it.

I also met with Andrew Howell who heads up marketing for Thornton Distilling. I’ve been in touch with Andrew on and off since my first visit to Thornton in 2014 and though he may have a single title I get the feeling he’s involved in just about every aspect of this operation. He speaks with enthusiasm about not just the distillery but of the entire town. He’s the Chairman of the Economic Planning Development Committee for the Village of Thorton and is doing everything he can to revitalize this town and make it an attractive place for new families and businesses to thrive.

On my way out, Andrew showed off their freshly acquired brewing license. With an initial plan to install 6 taps they will serve beer from local breweries (3 Floyds is just 15 minutes down the road) while honing their own brewing process. As a former brewery it only seems fitting they would once again brew in their newly renovated building. Though I was assured spirits will be their main focus, beer they brew will only be served at The Well to give patrons another option besides the hard stuff.

I’m excited to follow what comes next from Ari, Andrew, and the team at Thornton Distilling Co. They’ve spent a few years perfecting their strategy and it appears to be beginning to pay off. But they aren’t resting. Far from it. 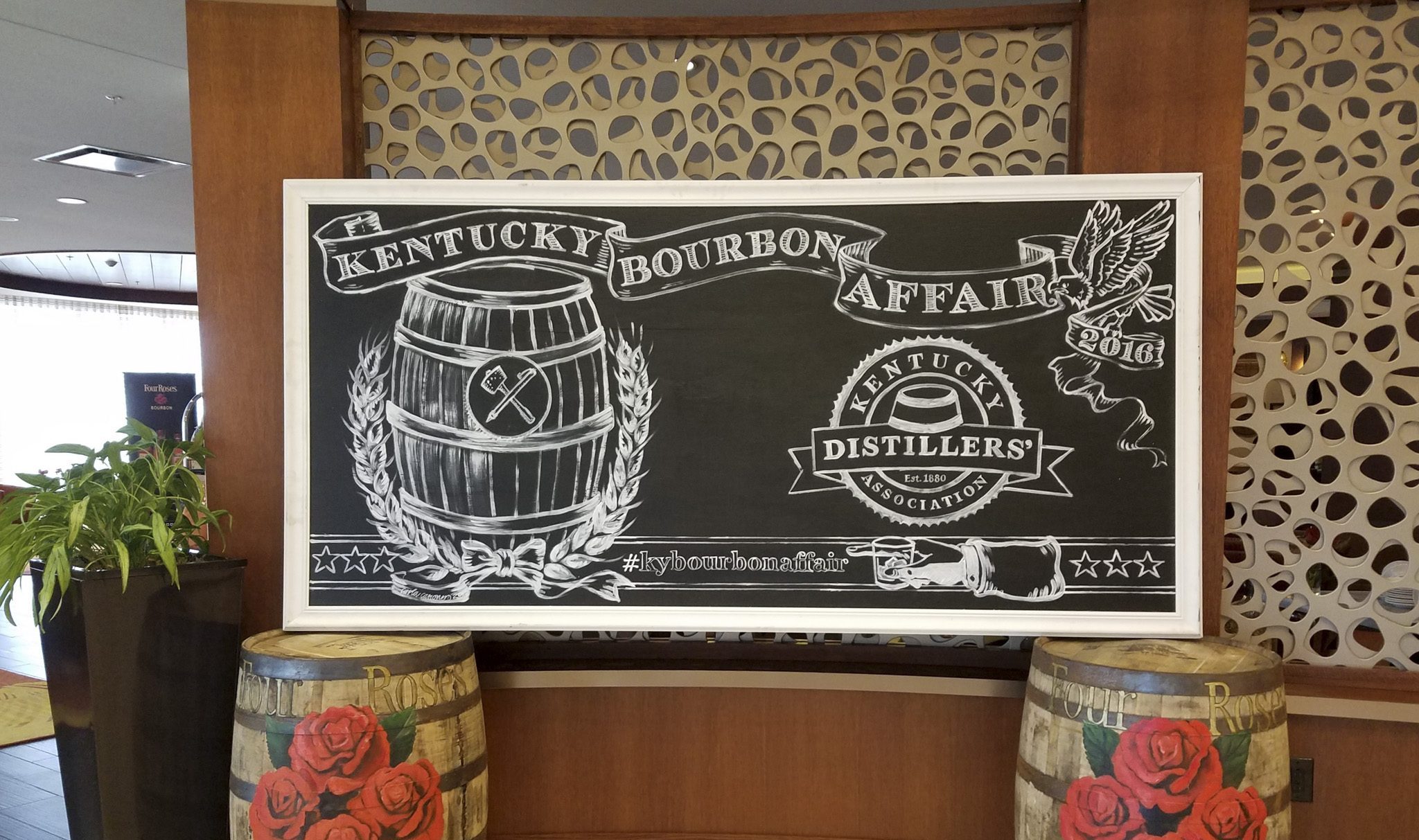