Coppercraft Distillery is based in Holland, MI. According to their bottle label they were established in 2012. A little digging shows that the physical distillery was founded in 2012, the name Coppercraft registered in 2013, and the distillery purchased in 2015 and given the Coppercraft name. As this was a running distillery since 2012 some of their bourbon stock is up to 6 years old. Though likely not a large supply given the changing of hands and a comment made by owner Walter Catton in 2016, “…the majority of our product is aging. We’re waiting 2.5-3 years for that product to become ready to serve.” As I understand it they released a fully sourced bourbon, the first bottle reviewed below, and a blend of their own distillate and sourced product, the second bottle below.

They place an emphasis on blending technique and skill and have the coolest bottle design I’ve seen in a while.

Name: Coppercraft Blend of Straight Bourbon Whiskies
Distiller: Undisclosed
Bottler: Coppercraft Distillery
Type of Producer: Distiller and Non-Distiller Producer (Bourbon reviewed here is a blend of Coppercraft distilled and sourced)
Year Established: 2012, 2013, or 2015 depending on how you define it
Bottling Proof: 100
Age: Marketed as a blend of 4 to 10+ year old bourbons
Mashbill: Undisclosed
Style: Blended
Release Date: February 2018
Availability:  At first glance I couldn’t find any retailers in Chicago though it is distributed by Legacy Spirits in Niles, IL.
MSRP: $43 (750ml) 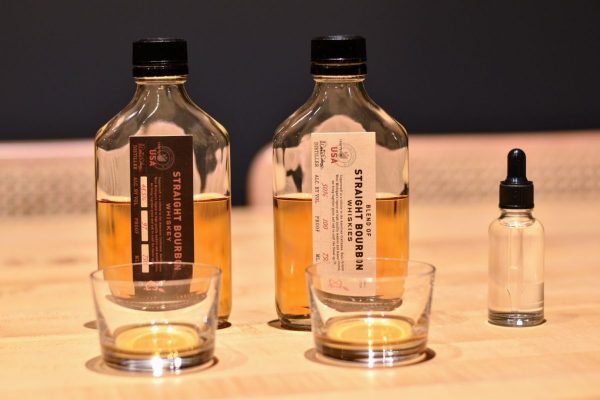 Finish: Strong and long finish lingers in the back of the throat

Palate: Light/medium on the palate. Notes of caramel and nutmeg with a decent amount of spice. Young wet oak. Simpler than I expected from the nose. Though this blend is 3 proof points higher than the Straight Bourbon tasted above; it has much less heat.

Final impressions:  Coppercraft Straight Bourbon Whiskey embodies the primary characteristics I expect in a quality bourbon. Complex flavors mingling deep dark notes with spice, heat, and a nice long finish. On the other hand the Blend is a bit “young” tasting for being a blend of 4-10 year juice. I’d guess the vast majority of the bottle is the younger stuff. At such a close price point, $43 vs $50 for their Straight Bourbon, it’s hard to justify the Blend. The Coppercraft Straight bourbon however is worth the cost in my opinion. And, again, that bottle will look great on any bar! 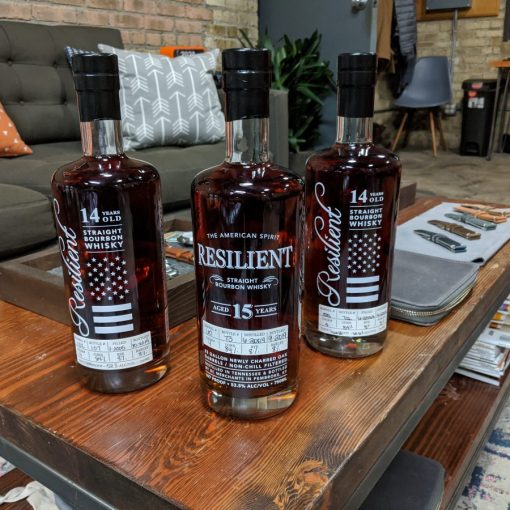