Is there ever such thing as too much good publicity? For producers and fans of Pappy Van Winkle, the luxury, premium line produced at Buffalo Trace Distillery, the answer is a resounding “yes.”

It would be hard to think of a brand in any industry, let alone the bourbon industry, that would balk at the idea of free promotion. But this is exactly what happened in March with Pappy Van Winkle. Redditor /u/texacer posted this image to a bourbon board of a correspondence with J. Preston Van Winkle, the Marketing Manager for Pappy and its associated Old Rip Van Winkle line.

The image was of an email responding to a request for an “Ask Me Anything” (essentially an online Q&A session) with Pappy. In his response, Preston said:

“Due to the extremely limited nature of our products and all the buzz around our brands, we aren’t granting interviews at this time. We simply cannot afford further exposure. Thank you for your understanding.”

The Reddit bourbon community’s reaction to this was aggressive, to say the least. Some thought the reply was holier-than-thou in nature, where others went as far as to suggest a Marketing Manager was a redundant position if a brand had achieved such fame.

Regardless what your take on the above correspondence, one thing remains certain – Pappy Van Winkle actually doesn’t need any more exposure. Here’s why:

The Hype Behind Pappy

There’s no doubt, Pappy Van Winkle is designed as a luxury bourbon. Their lineup includes a 15 year, a 20 year and even a 23 year bourbon – all of them aged far longer than most of their kin.

Because of the long aging process (and likely to foster an air of exclusivity) Pappy Van Winkle bourbon is also produced in extremely limited quantities, which fosters its scarcity right out of the distillery. This, compounded with a score of 99/100 from the Beverage Testing Institute and several celebrity endorsements, including one from famed chef Anthony Bourdain, has made Pappy extremely sought after.

Actually, “extremely sought after” is a bit of an understatement. Pappy doesn’t just sell out, it sells out immediately. As soon as a release is announced, a line is bound to form. And within just minutes of hitting the shelf, you can bet every bottle of Pappy is sold.

This has resulted in a thriving secondary market. While the suggested retail price of a bottle ranges between $80 and $250 (age depending), Pappy tends to sell anywhere between $750 for the entry-level stuff all the way to $5000 for the top-tier.

That’s right – people have and continue to pay thousands of dollars for a single bottle of Pappy. There’s a cult-like atmosphere around it. For many fans of Pappy Van Winkle there’s Pappy – and then there’s everything else.

However, this has caused some serious controversy among hardcore bourbon drinkers. Could a whiskey possibly be worth $5000 a bottle? How good can it really be? The average mortal may not ever have a chance to taste Pappy. But for the rich (or downright lucky) who have, the reviews have been highly mixed. Some claim it reigns supreme over all bourbon. Others think it’s little more than a highly successful marketing campaign. So which is it?

First, it’s important to understand some of what sets Pappy apart. As mentioned above, its extraordinarily long aging process is the main reason it stands above most conventional Bourbons. But that’s not where the differences end – while Pappy is mostly made with corn like all other Bourbons, it uses wheat as its secondary grain instead of rye and incorporates some malted barley.

The second thing to note is that Pappy has won several awards and blind tastings, and achieved the aforementioned 99/100 from the Beverage Testing Institute (the highest score ever given.) So at the very least, a few experts agree it’s pretty damn good.

But drinkers aren’t so easily persuaded. Pappy often appears on threads dedicated to the most overrated Bourbons, and some tasters have found it bland (a far cry from the “intense fruit” promised in many other reviews).

It’s pretty well established that Pappy Van Winkle is, at the very least, decently good. Even those who aren’t blown away would hardly spit it out. The real question is, would you pay thousands of dollars for a bottle?

Do You Have Pappy Fever?

The hype around Pappy Van Winkle is so intense, their marketing team literally goes out of its way to avoid further publicity.

Its scarcity, combined with a cult-like following and a thriving resale market means it’s already priced to a point that makes many drinkers scoff, and some write it off as “overrated.”

As of now, there’s no quantifiable way to judge whether Pappy deserves its hype. But if you’re willing to believe the likes of The Beverage Testing Institute and Anthony Bourdain, the answer is probably “yes.”

There’s only one way to find out for sure. If you ever get your hands on a bottle of Pappy Van Winkle, it’s certain you’ll want to savor it, overhyped or not. How much is too much to pay for a bottle of Pappy? Like most collectibles that all depends on the buyer.

Despite the lack of a marketing effort, the Pappy Van Winkle franchise isn’t taking a break. In April 2017 they released their oldest and most expensive Bourbon to date. Old Rip Van Winkle 25 year with an MSRP of $1,799 and production of a scant 710 bottles. While it will be next to impossible to find a bottle retail, one Chicago bar is already offering pours of this Bourbon at $225 per ounce. (Expect to pay upwards of $10,000 for a bottle if you find one!) 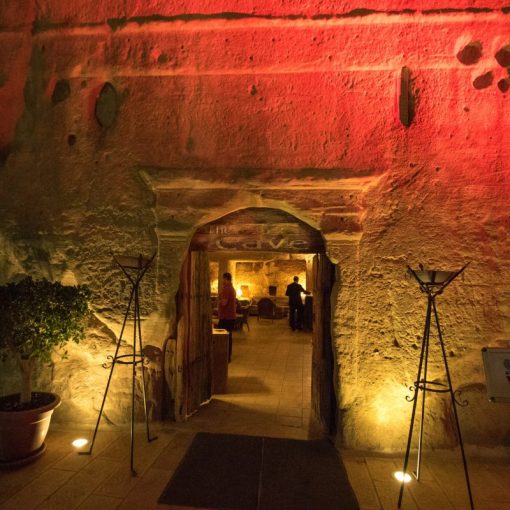