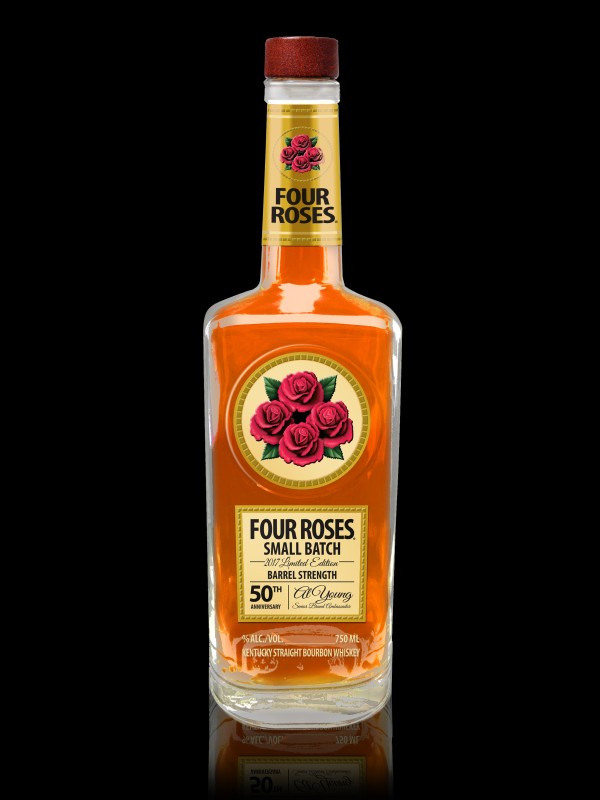 Four Roses Bourbon’s Senior Brand Ambassador and Bourbon legend Al Young will celebrate his 50th Anniversary with the brand this year. To commemorate this milestone, Four Roses will release a special 2017 Limited Edition 50th Anniversary Small Batch Bourbon in his honor this June.

Al Young has served in a variety of roles at Four Roses for the past 50 years. In 1990, he became Distillery Manager and in 2007 was named Four Roses Brand Ambassador, a role that has him crossing the country sharing the story of Four Roses and its Bourbon. He is also historian for the storied 129-year-old Kentucky Bourbon brand, having researched archives, distillery records, news accounts, photos and artifacts in order to write the coffee-table book Four Roses: The Return of a Whiskey Legend, published in 2010. Al Young was inducted into the Whisky Magazine Hall of Fame in 2015 and is also a member of the Kentucky Distillers’ Association Kentucky Bourbon Hall of Fame.

“After 50 wonderful years with Four Roses, I am honored to be recognized with my own bottling of the Bourbon that I love so dearly,” said Al Young. “It is surreal seeing how the brand has grown during my years here and I am proud to have played even a small part in its continued success.”

“After he’s spent half a century handcrafting our product and guiding the Four Roses brand, Al’s 50th Anniversary Bourbon had to be as memorable as the man himself,” said Master Distiller, Brent Elliott. “He wanted to utilize an older Bourbon, if possible. We tried different quantities of the 23-year-old and the chosen 5 percent was just the right amount. It mingled with the other recipes perfectly for an incredible flavor.”

The Bourbon exhibits aromas of sweet caramel and floral honeysuckle. The palate offers flavors of fresh peaches and apricots, encompassing a luxurious and warm fig and rich oak, finishing with a hint of mint.

“With the blend of recipes used, I believe we have created a unique Bourbon worthy of Al’s legacy,” said Elliott.

The bottle that will hold this Limited Edition Bourbon is just as storied as what’s inside. For this bottling, Four Roses has selected a retro bottle shape and label, modeled after the bottle design from 1967, the year Al Young started with the company.

Approximately 10,000 bottles of the 2017 Limited Edition 50th Anniversary Small Batch Bourbon are planned for distribution. The Bourbon will launch on June 10, 2017 at Whisky Live Louisville.

New to Evanston is the latest concept from the team behind Pearl Tavern, Bar 63, and Bar Marta. Whiskey Thief Tavern […]