This year I was invited to attend the 2016 ‘Rye Heritage Month’ kickoff event at Chicago’s Untitled Supper Club. Part of a 3 city tour taking place first in Chicago, then Boston and New York City. Rye Heritage Month is an idea started in 2015 with the goals of raising awareness around the history of Rye Whiskey and petitioning the United States Congress to officially recognize November as Rye Heritage Month.

What is Rye Whiskey?

In the United States, “Rye Whiskey” is, by law, made from a mash of at least 51 percent rye grain. It shares a few other legal requirements with Bourbon; such as being distilled to no more than 160 proof, barreled at 125 proof or less, and aged in new charred oak containers. Unlike Bourbon, Rye does not have to be made in the United States.

Currently 6 Rye producers are identified as supporters of this movement. Though I suspect many other Rye brands would welcome such an initiative. Supporters include: WhistlePig, George Dickel, Bulleit, Redemption, Crown Royal, and Hudson Whiskey. Chicago event participants included WhistlePig, Redemption, and Hudson.

Their argument is that Rye Whiskey is the true native spirit of these United States. Distilled as early as the 1600’s and later produced by President George Washington on his famous Mount Vernon Estate. Rye has a deep connection to American history and possesses a strong story in support of its recognition.

To answer our initial question. I don’t think Rye has to “unseat” Bourbon as America’s Native Spirit. If there’s one thing we’ve learned from the recent Bourbon boom it’s that there’s plenty of room on the shelf for whiskeys of all kinds. But, a fight against the incumbent makes for a good story!

Check out our photos below 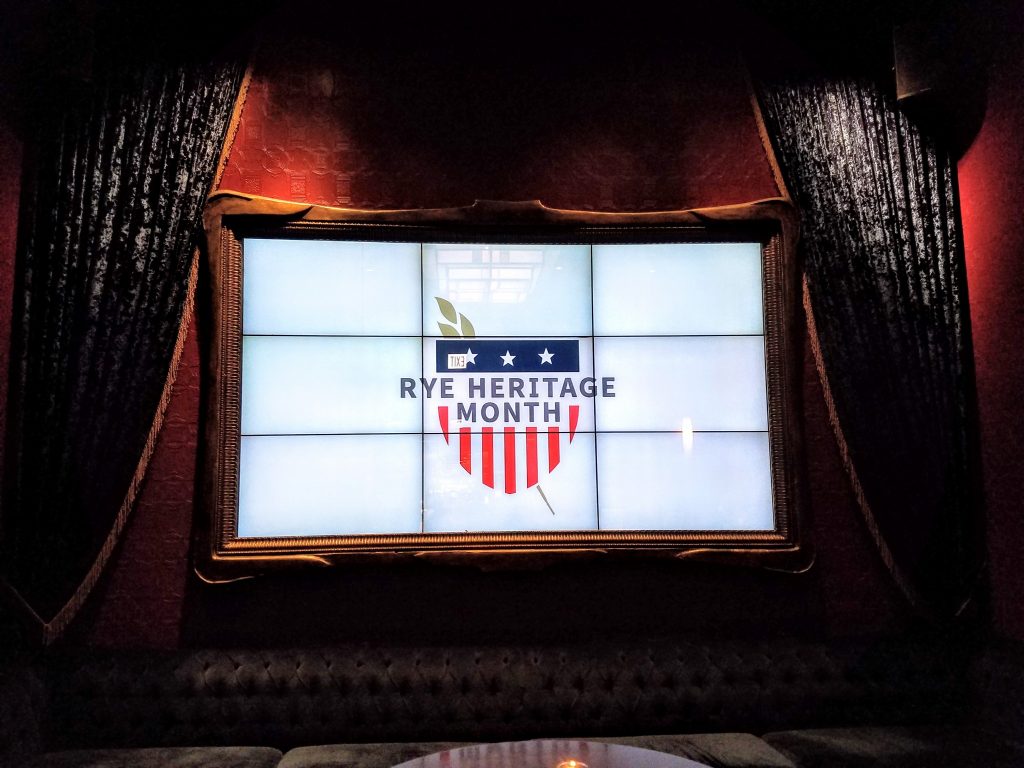 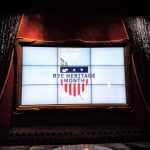 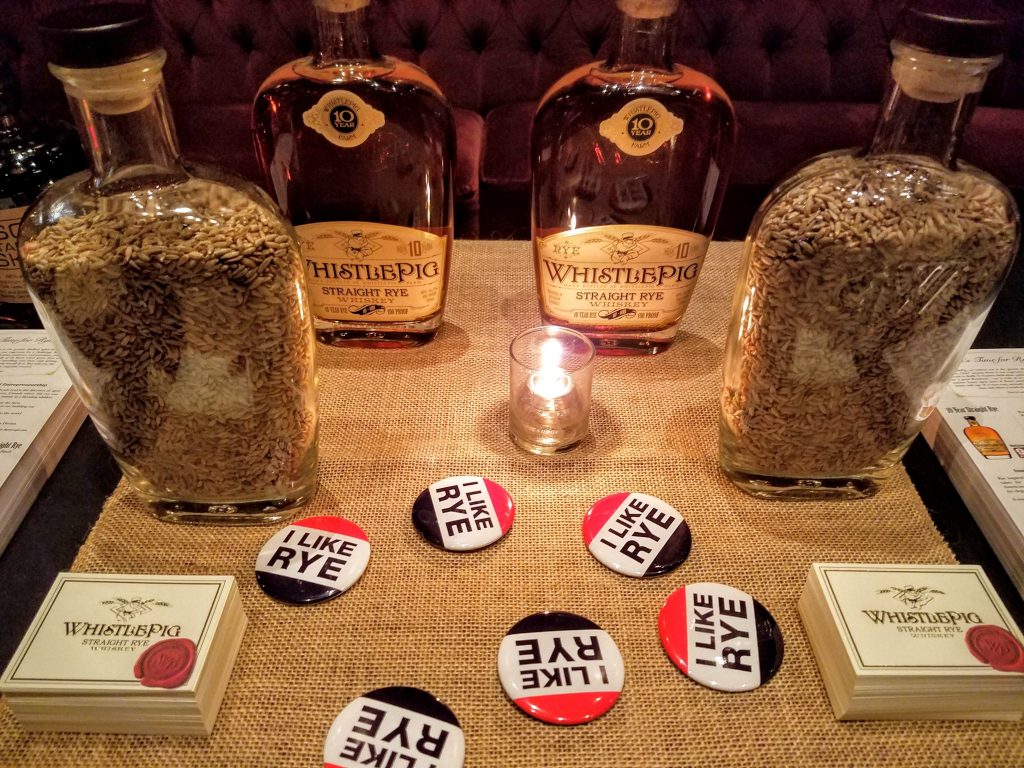 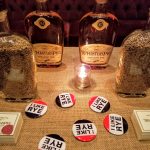 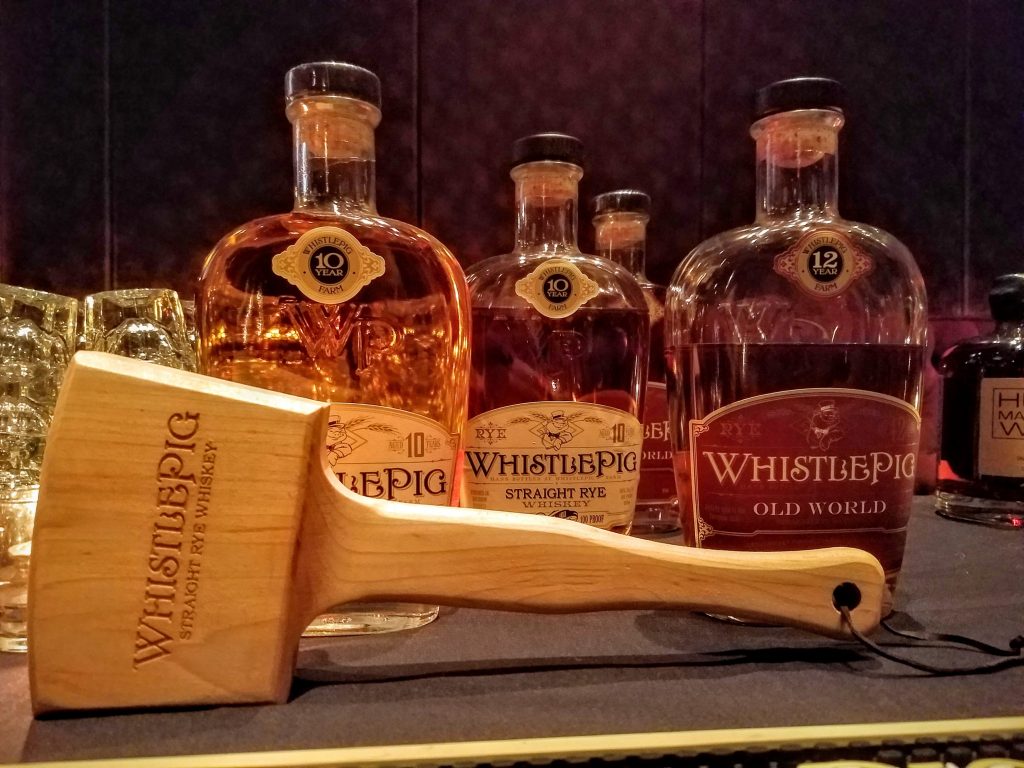 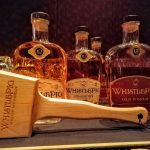 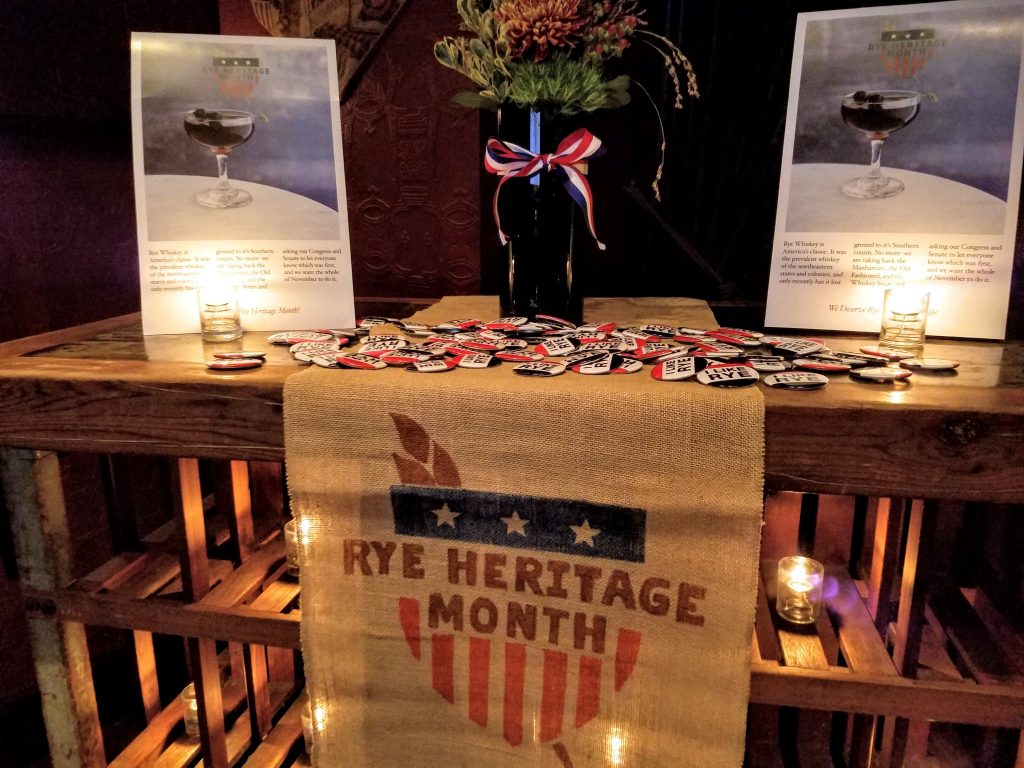 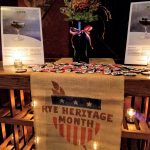 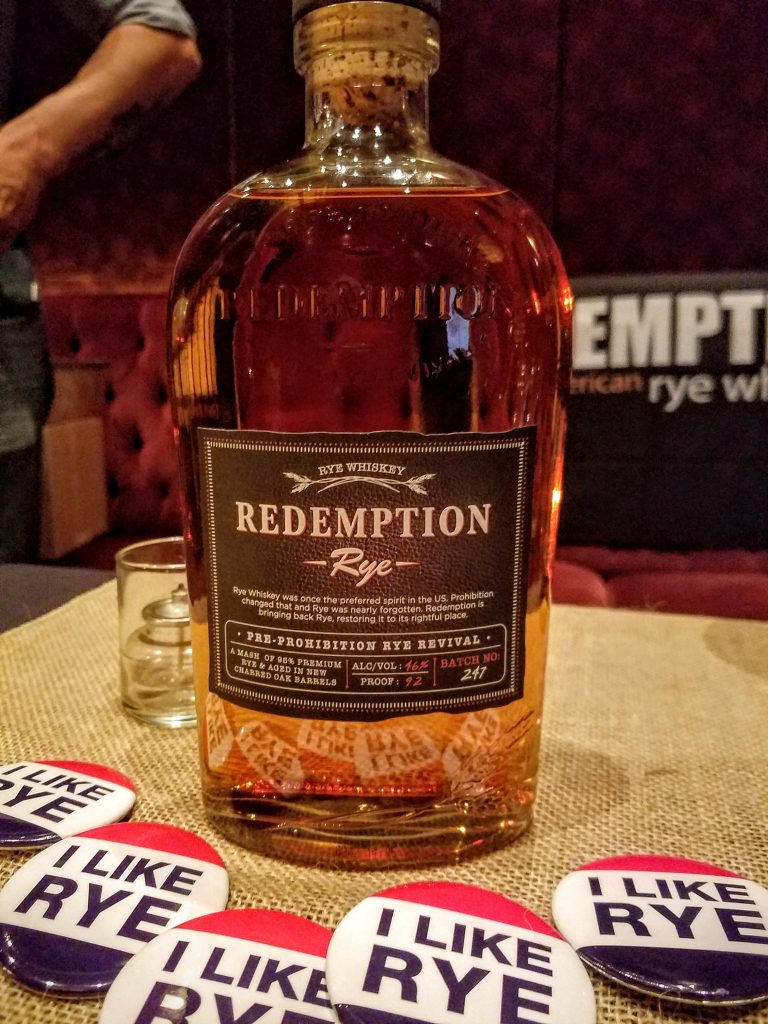 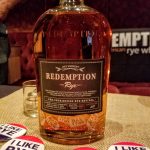 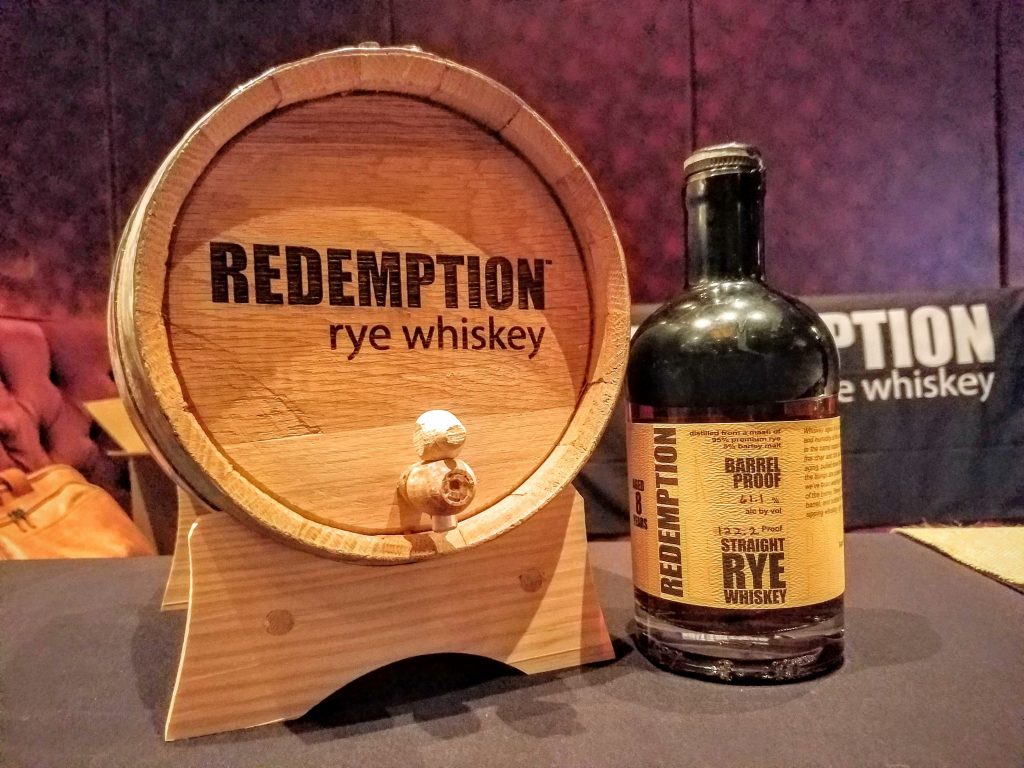 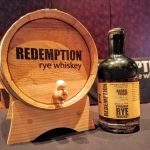 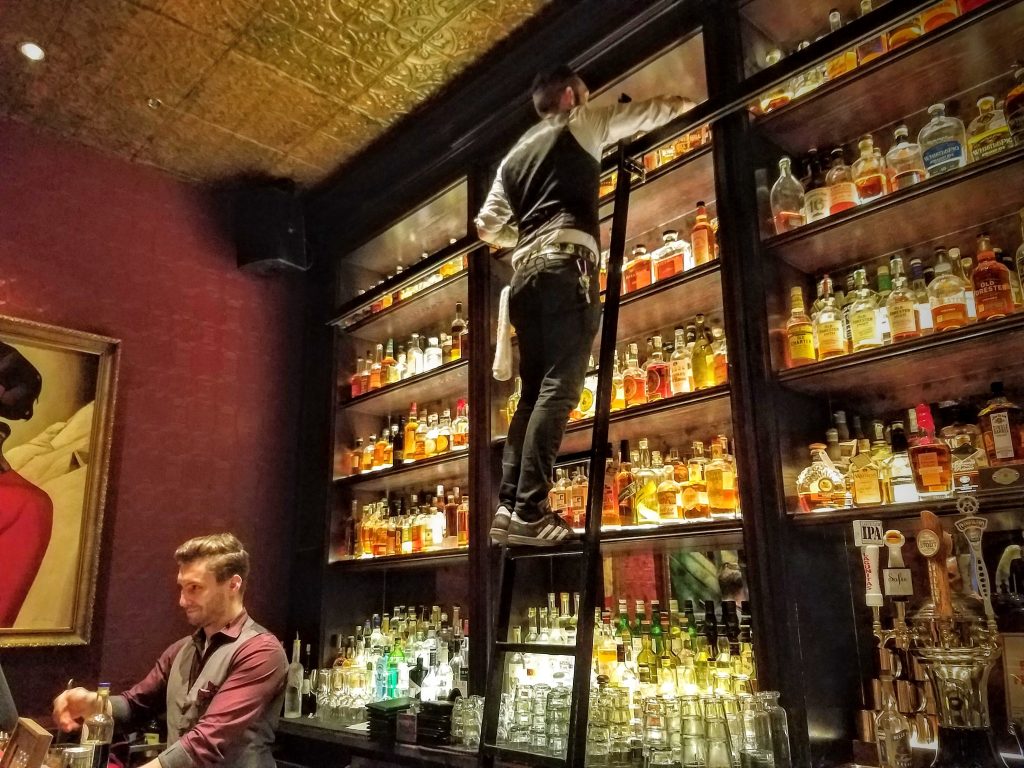 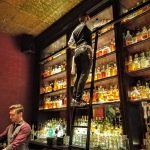 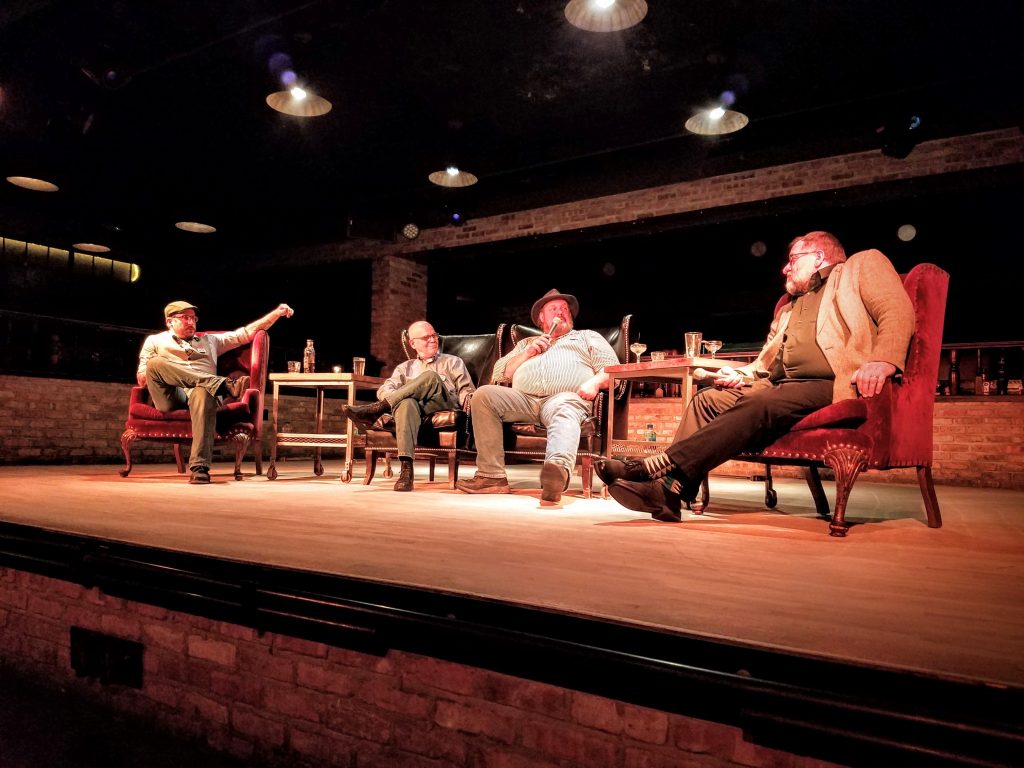 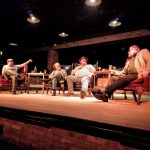 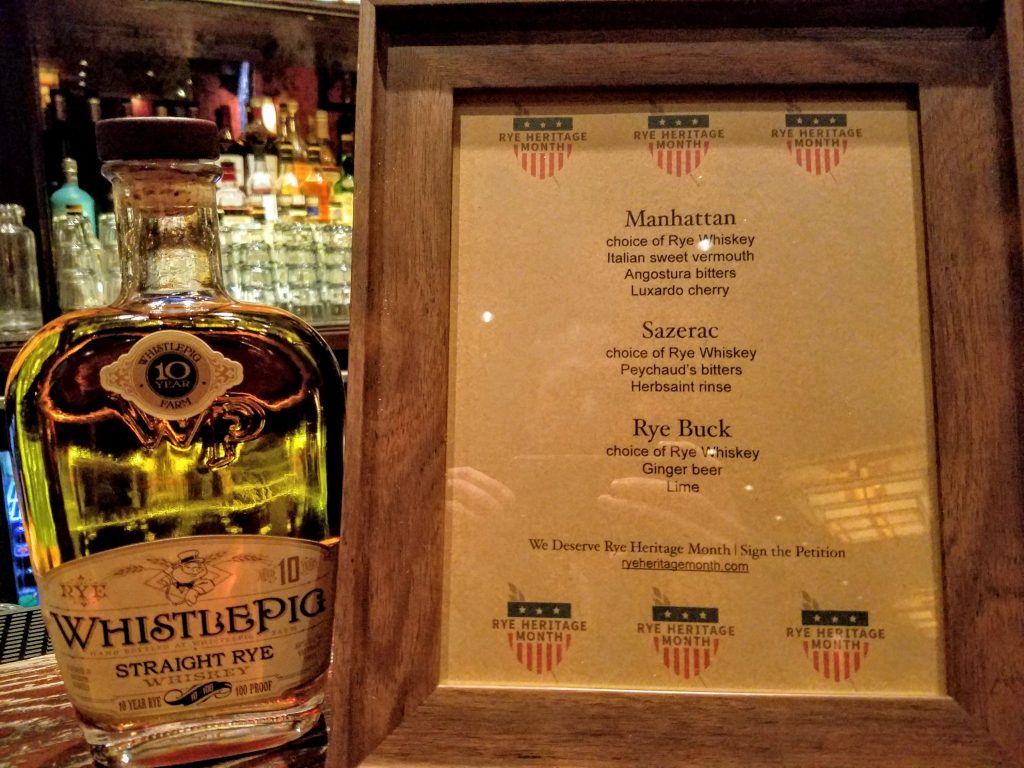 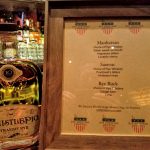 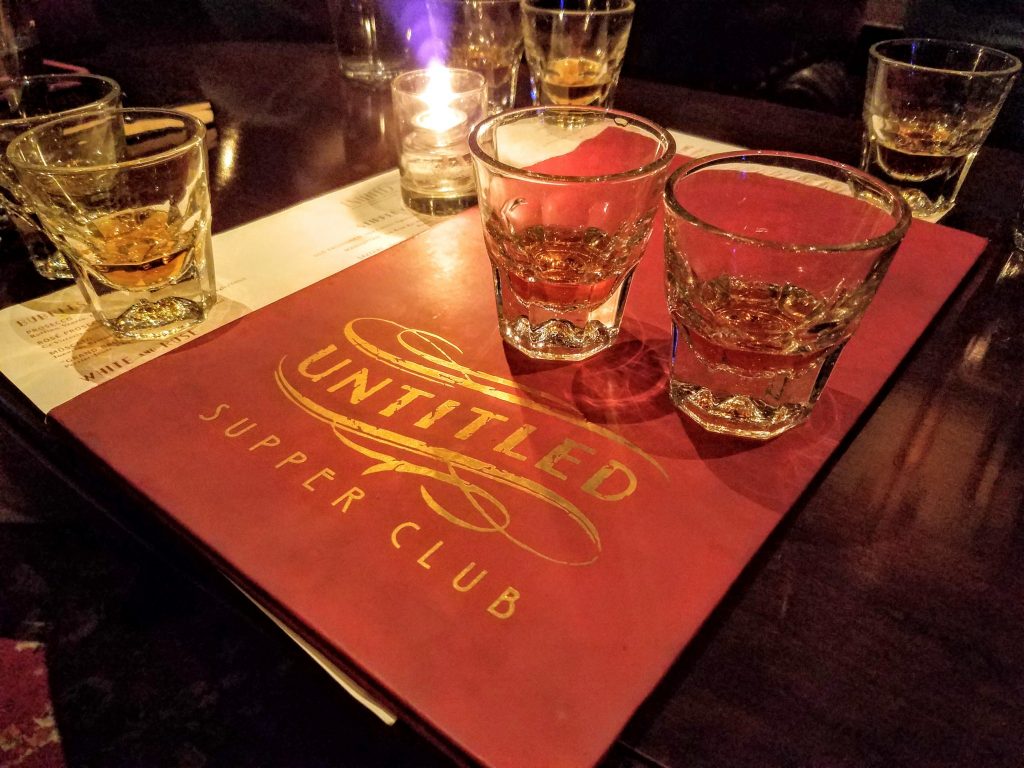 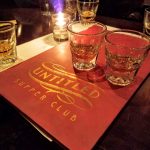 What does Rye have going for it?

Untitled got things going with a welcome cocktail menu featuring the Manhattan, Sazerac, Rye Buck, and a delicious iced coffee cocktail. Tasting tables were set up by WhistlePig, Hudson, and Redemption. Behind the WhistlePig table was our buddy and Chicago resident Taylor Hansen, WhistlePig Midwest rep. On deck from Redemption was Mark Lowen, Spirits Regional Manager. And representing Hudson Whiskey was founder Ralph Erenzo.

WhistlePig sampled their 10, 12, and 15 year Rye. I may have snuck a taste of the new 2016 Boss Hog: The Independent which comes out late November. And it may have been bold and spicy with a great warm finish all rolled into one. Keep an eye out for this very limited release Whiskey! Hudson was sampling their ‘Manhattan Rye Whiskey’. One of the many spirits they have distilled in New York since 2003. These guys were making Rye before Rye was cool. We sat down with founder and distiller Ralph Erenzo later in the evening. Mark Lowen poured samples of Redemption Rye, aged at least 2.5 years, from their brand new bottle design. He also had a bottle of the 8-year-old barrel proof Rye that I enjoyed sipping on while catching up with Mark.

Check out our Redemption dinner at The VIG, click here

Around 8:00 everyone gathered in the main dining room for the discussion panel, the highlight of the night. Led by Lew Bryson, full-time beer and spirits writer. Sitting on the panel were Rye experts: Dave Pickerell of WhistlePig, Hillrock Estate and formerly Makers Mark. Ralph Erenzo of Tuthilltown Spirits/Hudson Whiskey. And Eric Rosentreter of Redemption Rye.

The guys talked about the history of Rye, its growing popularity, and their struggles working with the grain. Dave talked about his personal experience discovering Rye via George Washington’s historic distillery. How Revolutionary War soldiers received Rye whiskey rations during combat. And he dove into the two main types of Rye Whiskey.

“The American palate is moving from sweet to savory. It’s my belief that this is the time to bring Rye Whiskey back.” – Dave P.

Everything that happened with American Rye Whiskey happened by accident. Fermentation took place before people knew what fermentation was. Whiskey being shipped across country was put into oak barrels purely for oak’s properties as a non-porous wood. It wasn’t until around the 1830’s that charred barrels came into play for adding flavor to whiskey. Dave told one of the plausible stories of the invention of barrel aged American Whiskey.

Reverend Elijah Craig was a distiller in need of a new barrel to store his Whiskey. The local cooper didn’t have any new barrels on hand, only old barrels used to store fish. You can imagine how undesirable fish flavored Whiskey would be. Out of necessity, they burned the inside of the barrel to eliminate the fish residue. After aging in this barrel Elijah liked the Whiskey….a lot. Now this is just one of several disputed stories around the invention of aged Whiskey. But this is the one Dave shared with us and it holds about as much weight as any of the others. Eric went on to share another possibility centered around Whiskey traveling down the Mississippi River for long periods of time and coming out the other end “aged” to a more desirable flavor. Unfortunately there just isn’t enough documented history to prove either story and you can believe whichever sounds best to you!

After the panel I sat down with Ralph Erenzo. Ralph and I were joined by a few other attendees and learned a little more about the history of Hudson Whiskey. In Ralph’s opinion, when it comes to Whiskey the environment, terroir, comes into play more from the water than the grain. But where it’s aged also plays a large role. The climate, the style of rickhouse, the intensity of summer and winter. High rickhouses in the intense heat of Kentucky will produce a different flavor than Whiskey aged in other regions of the country and world.

“I thought if I could figure out a way to agitate the Whiskey without moving the barrels, because I was the one who would have to move all those barrels!” – Ralph E.

At Hudson Whiskey the barrels stand upright on stacked pallets. This is not typical of the traditional Kentucky rickhouses where barrels lay on their sides. Ralph uses his vertical method for logistical reasons, moving the barrels is easier on pallets. That’s not the only thing Ralph has experimented with. He’s tried wrapping barrels in plastic to reduce the angels share. Though he found that the angels share contributes to the end flavor and this method was abandoned. They have tried playing loud bass heavy music to agitate the Whiskey in the barrel. They even built a large barrel storage container with heating and cooling elements to simulate season changes. All of these experiments done years ago led Ralph to a singular conclusion. One we’ve heard before. There is no substitute for time and wood. Today, Ralph no longer uses those experimental techniques. One method he does use is aging his Whiskey in different size barrels then blending to reach his desired flavor profile. For example, he says that smaller barrels express more vanilla notes faster. A characteristic he blends into longer aged Whiskey from larger barrels.

“Where you separate craft from the art is in the blending process.” – Ralph E.

Ralph and his team are now focusing on developing Hudson’s Distillery as a destination. They are hosting weddings and special events. Ralph installed an 1867 brandy still and built a building around it to accommodate 50 person gatherings around this beautiful still. They are also working on cordials for bartenders to use in cocktails. Blueberry, coffee, and ginger to name a few. And keep an eye on Hudson and their parent company, Tuthilltown Spirits, for more exciting Whiskeys in 2017.

Is the ‘Rye Heritage Month’ movement happening in part due to Rye’s recent resurgence in popularity? Perhaps. Is it a decent reason to enjoy a pour of your favorite Rye? Definitely. Rye Whiskey enjoys a prominent place in America’s distilling history and in the history of our country. Had prohibition not thrown a wrench into the works who knows where the American Rye and Bourbon industries would be today. At Chicago Bourbon I’m a fan of most spirits, especially the brown ones aged in charred oak barrels. We’re fully supporting Rye Heritage Month and hope you will too! 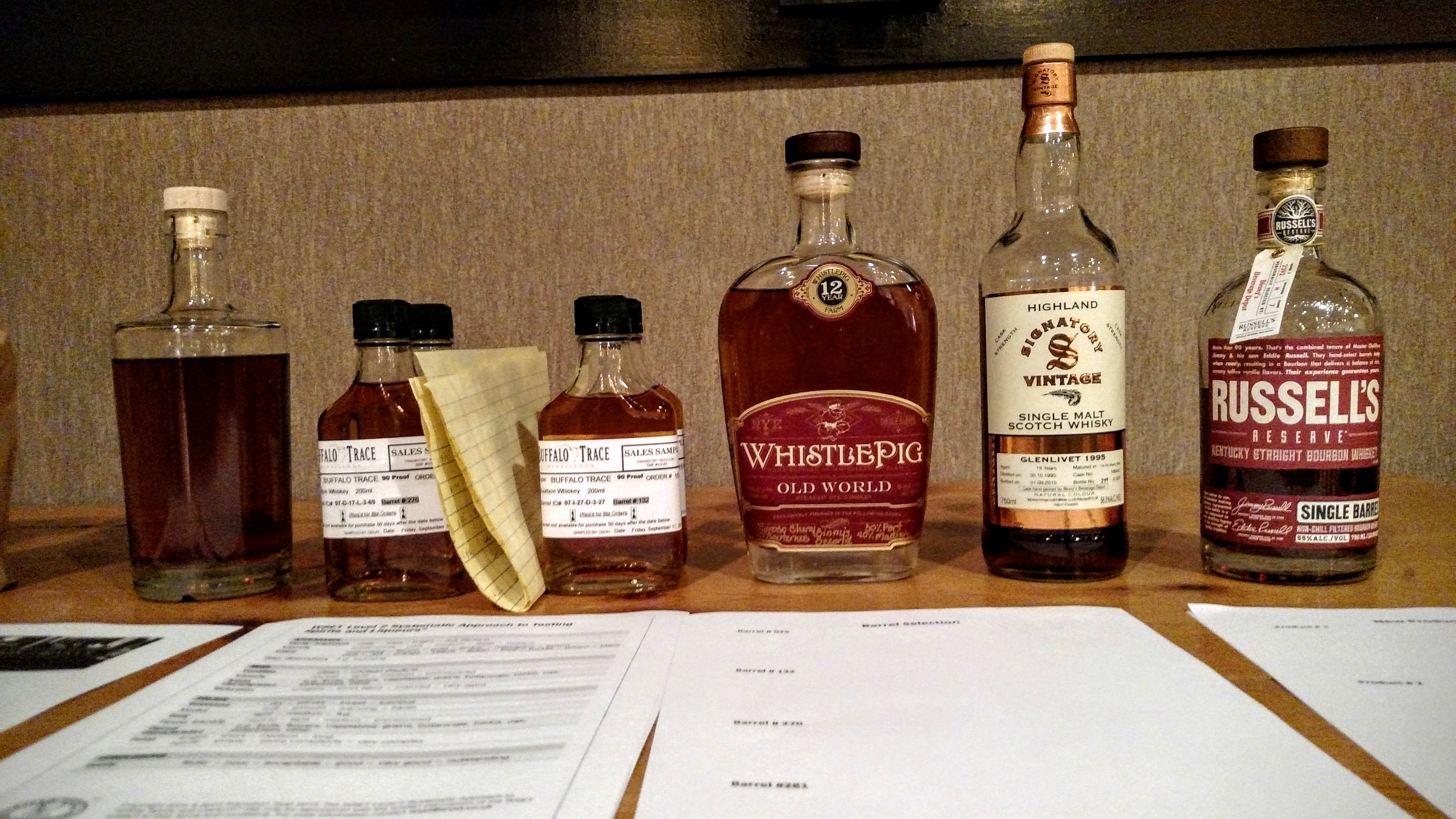 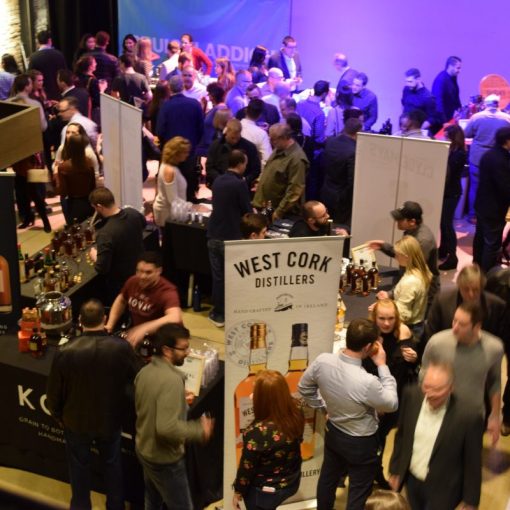 Chicago Magazine knows how to party. For its Third Annual Barrel Night, hosted at Chop Shop on February 22, 2018, Chicago […]

One thought on “Rye Whiskey Is Making A Comeback, But Can It Overtake Bourbon?”