We’ll start with a little background on the Stave & Thief Society. Founded in 2012 as part of The Distilled Spirits Epicenter Moonshine University, Stave & Thief is located in downtown Louisville, KY. It is internationally recognized as a premiere educator in the distilling industry. As the exclusive education provider of the Kentucky Distiller’s Association they are responsible for educating employees of the biggest, and smallest, Kentucky bourbon brands. Stave & Thief teaches from a KDA board certified and endorsed curriculum representing industry best practices.

Before we get started, what type of students typically makes up this class? My classmates included two staff members from Maker’s Mark, a former Woodford Reserve staffer (now running Lexington based bourbon consultancy, Distilled Living), an employee of the PR firm representing Blanton’s Bourbon, employees from two hotels including the manager of Charr’d Bourbon Kitchen and Lounge in the Marriott Louisville East hotel. Which is the official hotel of the Kentucky Bourbon Trail. We also had a large chain liquor store manager, an employee from Vendome Copper and Brass Works, the company responsible for crafting the spirit stills used all across the distilling industry. Several craft distillers, and a few bourbon enthusiasts! One of the earlier classes drew 15 students from 7 different countries. Colin told us that Master Sommelier Scott Harper was a class attendee in the past. One of only a few hundred master wine sommeliers in the world!

Now that we know what the class is and who participates let’s jump into our day of classroom education, hands-on bourbon distillation, and advanced sensory training! The class was led by Colin Blake, Headmaster of Liquor Studies, and Kevin Hall, Business Development, with the distillery portion conducted by Tyler Gomez-Basauri, Distillery Operations. We started the class learning about the various classifications of whiskey. The origins of the different spellings of the word whisk(e)y. A trick here is if the name of the producing country is spelled with an “E” then so is the word whiskey. If the country doesn’t have an “E”, then neither does whisky. There are exceptions to this; Maker’s Mark is made in the US but spells whisky without the “E”.

We had an introduction to whiskey in general. Including Canadian, Irish, Scotch, and Bourbon. Whiskey is made only from fermented grain, distilled no higher than 190 proof, put into an oak container, and bottled at no less than 80 proof. And there are reasons for each one of these whiskey regulations. For example, the higher the proof the more aroma and flavor get stripped away and the more “neutral” it becomes. Above 190 proof is considered vodka.

Next we nosed and tasted the traditional whiskey grains and the pure distillate from each grain. Samples of milled corn, wheat, rye, and malted barley were set in front of us. Next to each was a glass of clear alcohol, a pure distillate of each of these four grains. As Colin guided us through nosing and tasting each sample he gave us valuable pointers. While we were asked to identify scents, flavors, and textures he stressed that there are no wrong answers. Each person may relate differently to a scent depending on their past experiences. These play a huge role in what comes to mind when each individual noses and tastes spirits. Colin had a previous class comprised of mostly Scots who thought everything smelled like cricket bats. Personally I have no idea what a cricket bat smells like, but that doesn’t make them wrong! Another important point made by Colin is that unlike wine tasting; if you spit and don’t swallow a spirit you’re going to miss about half the flavor. The finish of whiskey has a large effect on its perceived flavor profile.

We then learned about various types of whiskies and their legal definitions. I hesitate to gloss over these as they are very important to understand. Though with our limited space here we’re going to stick with a bourbon focus. We recommend you do learn at least the basics of these other whiskies to supplement your bourbon knowledge. I’ve included the chart below taken from the course material to get you started.

Next we got to the legal requirements for Bourbon, and how they came to be! On May 4th, 1964 congress established bourbon as a distinctive product of the United States and set forth these requirements.

You might notice that there is no age requirement for bourbon. Jimmy Russell, master distiller at Wild Turkey, said it best. I wasn’t able to find the exact quote; what he said was to the effect of this. You can fill up a brand new charred oak bucket right off the still, walk it over to the bottling line and bottle it. That would legally be bourbon. You would have to put an age statement of less than 1 day on the label, but it would be bourbon. And if you wanted to do it again, you would need a new bucket. A couple more regulations for bourbon are no color or flavoring can be added. If a producer wants to change a bourbon they’ve aged, they can add more bourbon or water. That’s it.

Now there are a few classifications of bourbon that do need a certain amount of aging. Kentucky Bourbon and Straight Bourbon. The former must be distilled in Kentucky and aged at least one year in the state of Kentucky. The latter must be aged at least two years, in any state. Though any bourbon aged less than four years must carry an age statement on the label.

A few other classifications of bourbon that we learned about, and you’ve probably seen on labels. Single Barrel (Elmer T. Lee made this one famous with Blanton’s) and Small Batch (Jim Beam made this term famous with their Small Batch line including Bookers/Bakers/Knob Creek/ Basil Hayden). While there is no legal definition for either statement they have come to be accepted. A producer cannot lie on their label, hence if they print the words “Single Barrel” it ought to have come from one single barrel. Small Batch gets a little murkier. This statement can vary widely between producers. A “small batch” from Jim Beam could be much different in size than a small batch from a local craft producer like FEW Spirits or KOVAL.

Now that we’ve learned a bit about bourbon let’s take a quick quiz. 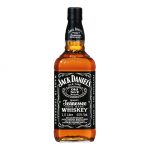 Is Jack Daniel’s a Bourbon?

The correct answer is no, it is not a bourbon. A twist though is that Jack Daniel’s could call itself a bourbon if they chose to. It meets all the legal requirements of bourbon. They chose to call is a “Tennessee Whiskey” which is also correct as it undergoes a 6th step that bourbon does not. It’s filtered through charred maple, a legal requirement of Tennessee whiskey known as the “Lincoln County Process”. 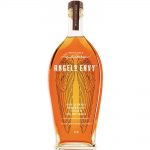 Is Angel’s Envy a Bourbon?

Legally, no it is not bourbon. Though it is made with bourbon and is a bourbon in spirit. Angel’s Envy undergoes a finishing process. When it leaves its original new charred oak barrels it is bourbon. Then it’s placed in used barrels for the finishing process. Their original product is aged in used Port Wine barrels. When it comes out of these barrels it is no longer bourbon. The act of aging in used barrels disqualifies it. 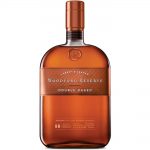 Let’s finish off this quiz with an actual bourbon. Despite undergoing a secondary aging process like Angel’s Envy, Woodford Reserve Double Oaked is a bourbon. After primary aging in new charred oak barrels, Woodford ages this bourbon a second time in new deeply toasted and lightly charred oak barrels. This gives Double Oaked a unique and somewhat heavy wood/oak taste.

While bourbon requires at least 51% corn, the remaining 49% is not under legal regulation. Traditionally the second most prevalent grain found in bourbon is either wheat or rye. Wheat and rye are known as “flavor grains”. They contribute the most flavor to the distillate coming off the still before it goes into a barrel. A wheat bourbon will generally be smoother and sweeter while a rye bourbon is spicier. Think of the comparison of wheat bread to rye bread. Between these two flavor grains, rye is much more common in a bourbon mashbill. I asked our instructors why this is the case and was told that flavor is the primary reason. While rye doesn’t grow in Kentucky and is harder to work with than wheat, its spicy, peppery, heat is generally more popular. And while these two grains are most common, they are not part of the legal requirements for bourbon. In fact there are some smaller craft producers making bourbon with other grains including millet and quinoa. The last ingredient in our mashbill is malted barley, added at the end of the cooking process. This contains enzymes that convert the starches from the grains into sugar. While any grain can be malted, or synthetic enzymes used, malted barley is the most effective and traditionally used grain.

In next week’s post we’ll wrap up our recap of the Executive Bourbon Steward program. We have tons of pictures inside the distillery making our bourbon! We’ll cover:

UPDATE: Be sure to read part 2 of this post: Executive Bourbon Steward Training – Part 2!

For more information about this or the other classes offered at Moonshine University contact: 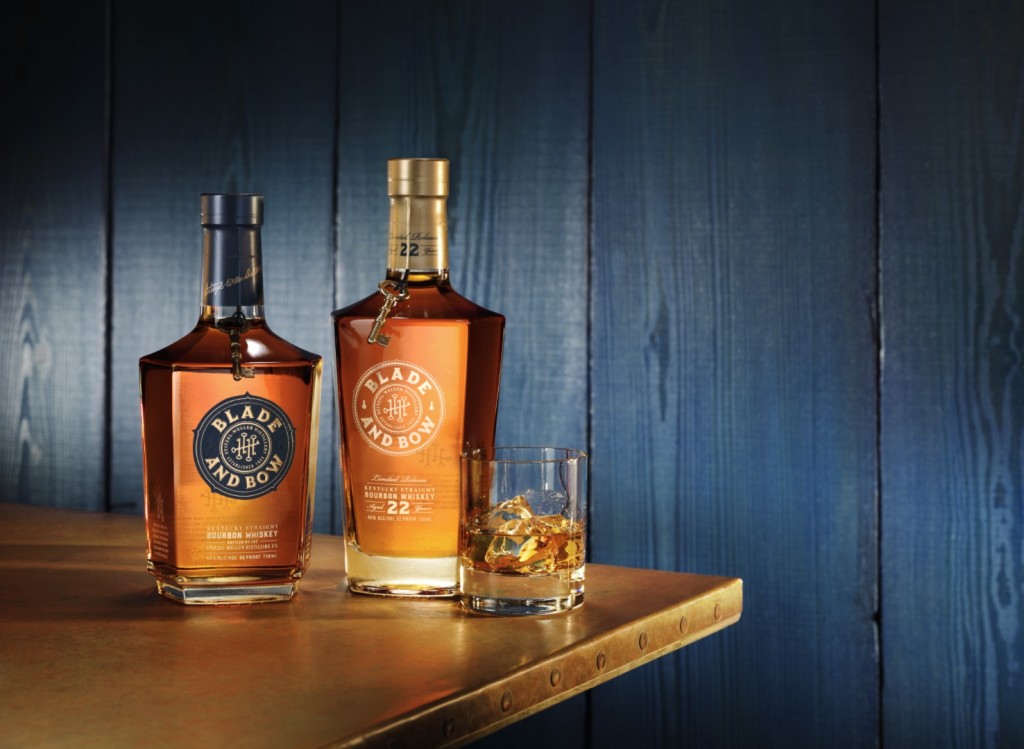 3 thoughts on “What Does it Take to Become an Executive Bourbon Steward?”