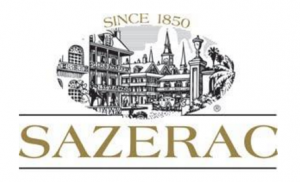 LOUISVILLE, KY (Feb. 16, 2016) Although bourbon has certainly become more popular of late, Scotch whisky remains king of worldwide whiskey sales.  Granted, Scotch whisky has enjoyed a few hundred years head start on bourbon whiskey and ranges of fine Scotch are commonplace in bars around the world, while the selection and appreciation for bourbon whiskey is often limited.

As a result, the Sazerac Company founded the American Bourbon Association in 2012 to educate people around the globe about bourbon whiskey. The website, http://americanbourbonassociation.com, was launched in 2015 with a mission to become the best source of bourbon news and information online. Curious consumers are invited to learn about distilleries and bourbon brands, not just made in Kentucky, but from all over the United States.

The website gives the history of bourbon, written by esteemed bourbon historian Mike Veach, and explains what it is, how bourbon is made, bourbon myths, daily news, and lists of great bourbon bars and retail stores. Links to bourbon-related blogs, bourbon societies, brand and distillery websites, publications, trade associations and much more are also included.

“We realized there was a gap in appreciation between bourbon and other types of whiskey,” said Mark Brown, president and chief executive officer, Sazerac Company. “Bourbon whiskey deserves every bit of respect as other whiskeys. Distilleries in Scotland have benefited from the Scotch Whisky Association promoting, protecting and educating people about Scotch since the turn of the 20th century, but no one has taken up the cause for bourbon. While the majority of bourbon is made in Kentucky, there are distilleries popping up all across America, and the bourbon industry has grown beyond just the state of Kentucky. Someone needs to be looking after bourbon’s best interest on a national and global scale, which is how the American Bourbon Association came about.”

The website is being maintained and updated by the Sazerac Company. Any liquor stores, bars, brands or bourbon distilleries that would like to be added can apply on the website.

About the Sazerac Company

One of our favorite Chicago whiskey hangouts has shared with us an exclusive must try spring cocktail. The “UnDull Pause“. Crafted […]